Vancouver, BC – Ongoing research into the “Manitowoc Incident” video archive produced evidence this past weekend that smartphone camera recordings of lights in the sky submitted to NewsInsideOut.com in support of U.S. Marine Corps veteran Myles Panosh’s March 24, 2019, UFO sighting report were most likely images of street lights and cars on the ground. Wisconsin videographer Jeff Lavicka worked closely with NewsInsideOut.com to decipher strange artifacts discovered in the footage and has withdrawn his claim of having taped a UFO that night. These findings downgrade status of the incident depicted in the short film from potentially the biggest story in today’s UFO news to a record of testimony from a trained observer whose sighting of an unknown remains supported in the film by video-based dramatic visual recreations and 8-bit granular audio processing. 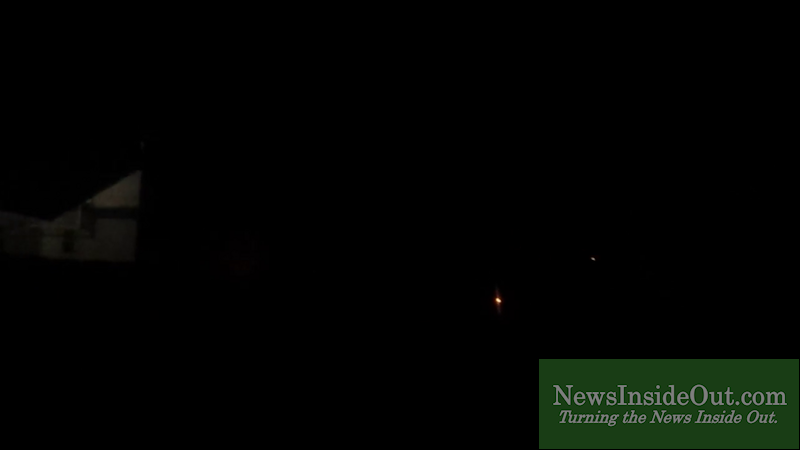 To show readers how these conclusions were reached we are presenting a series of images. This series reveals how one previously-unpublished video frame from the “Manitowoc Incident” video archive rotated 180 degrees and transparently overlaid with a daylight photo of a neighboring house adjacent to Jeff Lavicka’s location offers a satisfactory visual match. A geometric artifact on the far left side of the frame suggests there was a building in the image foreground. The composite result accompanying this update reveals the camera’s attitude at the time of recording was apparently pitched downwards, not upwards facing towards the sky. 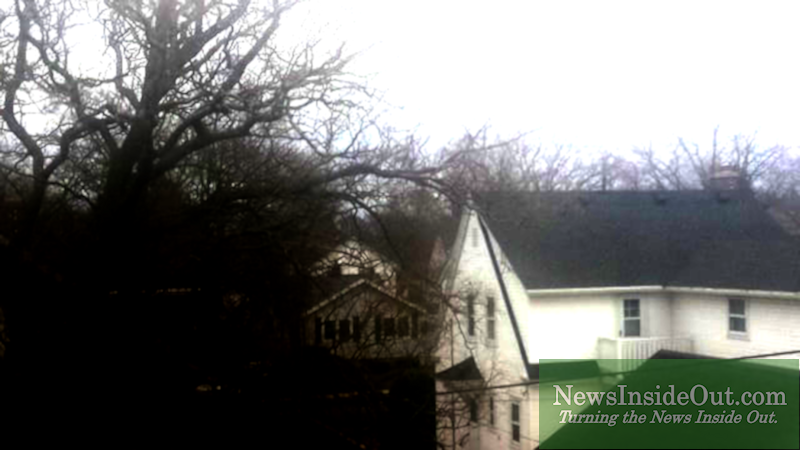 This reporter received access to “Manitowoc Incident” footage two weeks after it was recorded and discussed among the witnesses. How it then took an additional six part and full-time days for this discovery to arise relates to various challenges that surround attempts to provide pro bono lab services as a crowdsourced amateur video clearinghouse while also providing reportage, non-commercial short film production and news distribution services on a deadline. 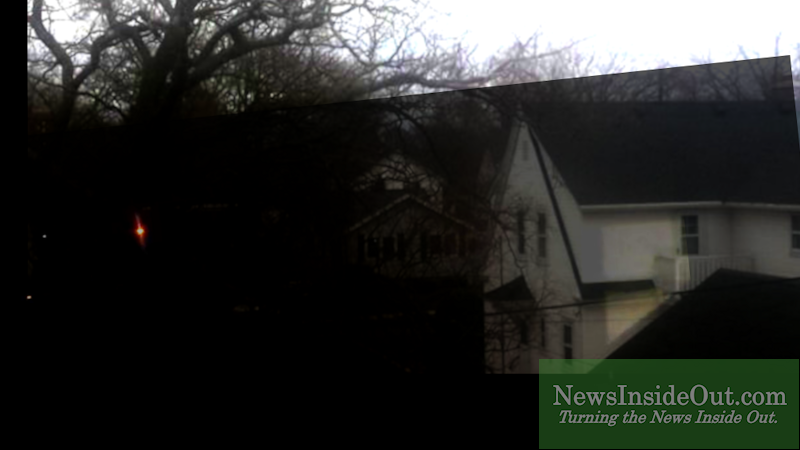 Upon his review of these facts witness Myles Panosh told NewsInsideOut.com he stands firmly behind his UFO sighting testimony where he clearly stated in the film how both videographer and witness were at two different locations at the time of taping and that the recordings were made after his initial sighting that same evening. It is our hope that this important update to NewsInsideOut.com’s “Manitowoc Incident” reporting will satisfy the curiosity of readers and viewers alike whose appetites for the UFO Truth and Disclosure we continue to support.

Running at under 15 minutes the “Manitowoc Incident” short film on YouTube has gathered more than 5,000 views at the time of this update’s publication and is the subject of articles and threads on top-ranking websites including Mysterious Universe and Above Top Secret.