In an August 3, 2020, post to Facebook titled “TEAR IT DOWN AND START OVER: NO TIME LIKE THE PRESENT TO REFORM UFOLOGY” Dr. Bob Wenzel Gross wrote “In February 2018, I presented at the IUFOC in Phoenix, AZ. Immediately after my PowerPoint presentation, I was approached by members of MUFON, who were also attending IUFOC. They requested that I meet with them later that day, along with MUFON’s Executive Director, Jan Harzan. As a group, we would discuss ways that MUFON could use education to increase membership in their organization. As a seasoned educator and curriculum specialist, I met with them and offered my recommendations. MUFON desperately wanted to attract younger members.”

In previous correspondence with this reporter Dr. Gross has emphasized that “Getting students involved with MUFON was NOT a secret. I know I wasn’t the only person who was aware of MUFON’s plans. Everybody who attended the meeting in Phoenix in 2018 had input on how to grow MUFON via educating school-aged students.”

During his exclusive TrueTube News interview Dr. Bob Wenzel Gross explained how the 2018 backroom IUFOC meeting with prominent MUFON figures including Jan Harzan unfolded. “They asked me to present what I think needs to be done if they want to go into an educational approach to MUFON and attract school students at a younger age. So I told them if I was doing this and I was serious about it I would develop content standards and try to align them with national science standards and things like that. Then I’d create curriculums and then someone like me or someone else could teach your individual MUFON members that have some kind of background in that how to teach that.

“So I presented it and everyone listened. And then Jan said he wasn’t interested in putting that much time or effort into doing something like that.”

“Appreciate you writing up something to assist us in our effort to inspire young people to attend the free events Bob. Terrific! In the meantime Jennifer, thought it might be helpful to contact CAMPS around Philly & NJ, who might want to bring their campers to either the FREE Lectures, Films or both. Just an idea. Can’t hurt to contact them, as that’s where most of the kids in town are right now and they’re always looking for fun activities,” the email explained.

From Dr. Gross’ perspective foreseeable child negligence issues surrounding these initiatives were further amplified by sickening news of the retired IBM senior project executive Jan Harzan’s July arrest on charges of soliciting a minor, what the former Penn State music instructor describes as the “Last straw”. In a July 14, 2020, post to Facebook Huntington Beach Police explained “On July 3, detectives contacted a male by the name of Jan Harzan after Harzan solicited sexual activity from a detective he believed was a 13 year old girl. The suspect solicited the minor to meet for the purpose of engaging in sexual activity, and when the suspect agreed to meet the supposed minor, detectives were there to take him into custody.”

In their response to Jan Harzan’s arrest MUFON terminated his directorship replacing him with Flamingo Air sex tourism proprietor David MacDonald (as profiled by Vice where the article’s homophonic headline alludes to the new executive director’s reputation for facilitating bestiality).

According to Dr. Bob Wenzel Gross “They [MUFON] almost have to shut that place down and take a look at what might be going on. Even though I don’t have any evidence necessarily that something really terrible was going on I think they really need to say “Stop the works here and let’s take a look at what could be going on in our organization.””

Speaking to JCETI’s Greg Sullivan and this reporter Judge Webre stated “The officers and directors of Gaia TV along with Dr. Michael Salla along with (to the extent that they are conscious of it) Corey Goode, Randy Cramer and others who have committed fraud are guilty of war crimes, crimes against humanity and indirectly of genocide for participating in the Draco-Reptilian continued program of genocide against the human race through their secret treaty complex.”

“These treaties form an institutional and legal infrastructure,” the Yale Fulbright scholar continued, describing their foundational role in “setting up a regime of pedocriminality and human slavery on the planet in the solar system and beyond.”

The NewsInsideOut co-editor has written extensive backgrounds to these issues where links to related articles are provided below.

Report on lawsuit by Gaia.com against NewsEvolution host 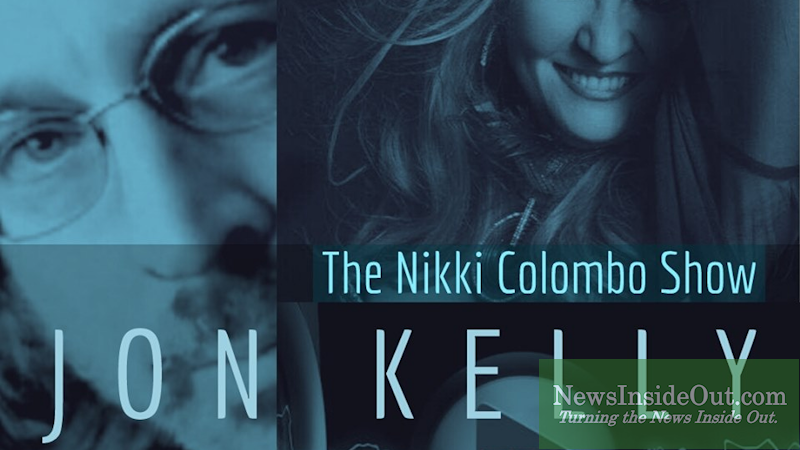 Erica Lukes is a UFO researcher and host of UFO Classified on the KCOR Digital Radio Network. She is the former state director for the Utah chapter of the Mutual UFO Network (MUFON) who trained as a MUFON field investigator. She is currently holding a substantial historic archive of UFO periodicals, research, rare books and other publications (some of which were willed to her by noted researchers) available through special public events in Salt Lake City. Erica will be seen on Science Channel’s “NASA’s Unexplained Files”.

In the first document Phil Leech wrote “I have found that some investigators are having extensive background checks run on witnesses when they submit a report … one report showing a comprehensive list of medications a witness is using with side effects from these medicines.” Citing MUFON’s Case Management System (CMS) as a multi-user access online database, the author noted “many individuals within MUFON” could inappropriately (if not illegally) access such protected records via a simple login.

According to the U.S. Department of Health & Human Services, the HIPAA Privacy Rule “requires appropriate safeguards to protect the privacy of personal health information, and sets limits and conditions on the uses and disclosures that may be made of such information without patient authorization. The Rule also gives patients rights over their health information, including rights to examine and obtain a copy of their health records, and to request corrections.” How MUFON is maintaining compliance with such standards is not well-understood at the time of this writing.

In a passage that appears to defy the author’s understanding of chain of custody compliance, Phil Leech wrote how this exotic specimen left MUFON’s purview via “Lue Elizondo with the production company from A&E that picked it up for transport.” The whistleblower asked incredulously “After 50 years of searching for the truth why would [DOI Chase Kloetzke] or anyone else turn over the one piece of evidence that could prove this all to a Production Company?”

In the way described by whistleblower testimony MUFON appears to resemble an active covert partner to multiple departments of the federal government including the U.S. Department of Homeland Security’s widely-derided “If You See Something, Say Something” informants campaign, where bureaucratic mission creep imposes continuingly increasing demands for public data mining in the name of quotas and yearly bonuses. It is in such a manner that MUFON appears to act as a covert enabler of ongoing out-of-control big government expansion into what remains of private life in America.

And MUFON is not alone in potential privacy trespasses. In perhaps the most bizarre turn of events supposed Secret Space Program (SSP) whistleblower Corey Goode and protégé Jordan Sather have been named as principal actors in a criminal #DoxxGate doxxing campaign targeting online critics and opponents resulting in legal action due to HIPAA law violations against one of their victims. Ironically it was Corey Goode’s controversial appearance at the 2017 MUFON Symposium that fueled in part a mass defection of the organization’s senior membership protesting MUFON’s latest iteration as an entertainment production company that has abandoned science in all but name.

Maria Butina: The Spy Who Said Too Much, Analysis of the James Bamford Audio Tapes