Vancouver, BC – In a new interview published to YouTube July 1, 2018, NewsInsideOut.com’s Jon Kelly cited historic security breaches that publicly exposed global intelligence activities of three nuclear powers (U.S., Russia and Israel) while suggesting North Korean leader Kim Jong Un’s ongoing negotiations with the United States will only succeed where the spirit of dictum meum pactum (Latin: “My word is my bond”) prevails. In an episode titled “Future is Granular” End of Days host Michael Decon led a fascinating conversation exploring neurological origins of consciousness, the role of skepticism in evaluating new instrumental data, evolving frontiers of political free speech in the workplace and how massive investment in nuclear weapons and intelligence security infrastructure are not enough to ensure North Korea’s success on the world stage.

Regarding U.S., Russian and Israeli state models the former CBS Radio feature producer claimed “The perimeter that secures the intelligence of their operations is breached acoustically. It’s not enough to be a nuclear power. It’s not enough to have a huge spy infrastructure. Natural human behavior is exposing more information than any of these governments would want. They have no ability to defend against that or to codify behaviors that prevent that from occurring. If they had been trained effectively to prevent that kind of behavior it wouldn’t be possible to expose these operations as late as 2016 (decades after the applied granular speech synthesis investigative technique described in detail during the interview became a matter of widespread public knowledge via U.S. talk radio).”

In spite of a long-established precedent involving terrestrial radio, television and online editions of major international newspapers, by June 2018, publishing sensitive information of global significance to social media exposed NewsInsideOut.com reporters to potential censorship in the form of multiple takedown attempts against the site’s Facebook page. Without notice NewsInsideOut.com was informed starting June 12, 2018, of alleged non-compliance with the social media giant’s terms of service and unpublishing of the Facebook-hosted page.

After three appeals over a number of weeks the page was restored with vague notices of restrictions and limitations attached. Below is the text of the third and final successful appeal published to Facebook on June 25, 2018.

“Allegations of non-compliance are unsubstantiated and have been overruled by FB staff twice this month. User feedback for previous month shows very low number of users choosing to Hide Post and that Likes far exceed other types of Reactions. Based upon these data we find no grounds for Facebook to impose restrictions upon this news and journalism page whose activities are protected by international law. Google Analytics reveals NewsInsideOut.com serves news and information to more than two dozen departments and agencies of the U.S. federal government. Wouldn’t it be awful if those readers were unable to find our page on Facebook, or if upon finding it, that page was somehow handicapped by unconstitutional, unfair and unjustified restrictions? Please advise how best to proceed :)”

In an online bio Michael Decon describes himself as a Long-time radio enthusiast and a natural skeptic. End of Days is based on seeking knowledge in esoteric wisdom, humor & social political commentary. His YouTube channel emphasizes how “This is a different kind of a show, a place where we don’t feel so alone.”

Future is Granular: Cognitive Recalibration in the Digital Era with Jon Kelly on Late Night in the Midlands

Vancouver, BC – During May 22, 2017, coverage of what is being called the Manchester Arena incident U.K. national broadcaster the BBC cited multiple U.S. intelligence sources said to be “strangely” offering suggestions that what U.K. police have so far termed a terrorist incident was in fact the work of a suicide bomber. NewsInsideOut.com has that exclusive audio posted above, where readers can click “Play” to listen.

According to witnesses, U.S. singer Ariana Grande finished her evidently occult ritualistic set by performing the title “Dangerous Woman” then stating “Bye bye, Manchester,” when house lights went up. A white flash and thunderous explosion that killed at least 19 people and injured 50 then erupted within the arena foyer, said police.

Vancouver, BC – During May 22, 2017, coverage of what is being called the Manchester Arena incident U.K. national broadcaster the BBC cited multiple U.S. intelligence sources said to be “strangely” offering suggestions that what U.K. police have so far termed a terrorist incident was in fact the work of a suicide bomber. NewsInsideOut.com has that exclusive audio posted above, where readers can click “Play” to listen.

According to witnesses, U.S. singer Ariana Grande finished her evidently occult ritualistic set by performing the title “Dangerous Woman” then stating “Bye bye, Manchester,” when house lights went up. A white flash and thunderous explosion that killed at least 19 people and injured 50 then erupted within the arena foyer, said police. 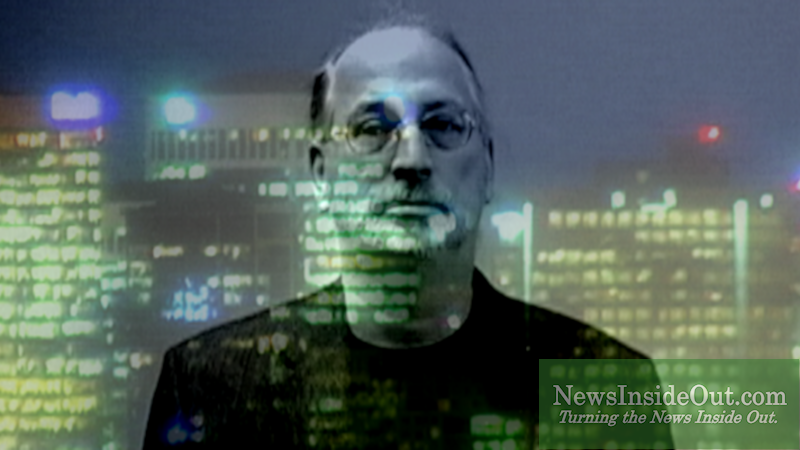